The Right Mix of Financial and Operational Experience

Our people share a passion for investing and a commitment to excellence. 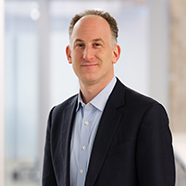 Mr. Zusman is the Co-founder and Managing Partner of Talara and is Chairman of the firm’s investment committee. David has over 25 years of experience investing in real assets and related B2B services/technologies across supply chains. He has particularly focused on sourcing, structuring, and investing capital along-side visionary founders, serving on numerous boards.

Prior to co-founding Talara in 2010, Mr. Zusman was a Partner at Perella Weinberg, where he managed global resource investments. Previously, Mr. Zusman was a Partner at BrightStream Asset Management and a Managing Director at North Sound Capital, where he managed both public and private investments. David began his career in energy finance at Credit Suisse, and in 1999 he was listed by Institutional Investor Magazine as a best up-and-comer in the natural gas industry.

Mr. Zusman earned a B.S. in Commerce from the McIntire School of Commerce at the University of Virginia. David is also the Co-Founder of the We Are All Music Foundation (weareallmusic.org), which aims to be the central voice for music nonprofits and provides grants to those most impacting social causes in Education, Health & Wellness, and Underserved Communities. 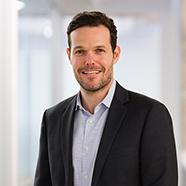 Mr. Heyman is the Co-Founder and Partner of Talara and serves on the firm’s investment committee. Andrew has over 20 years of experience investing in companies across the energy, industrials, and technology sectors. Recently, he has been focused on asset buy-outs within traditional and alternative energy markets as well as other real asset opportunities. Andrew works closely with visionary entrepreneurs on business development, legal and governance matters, and emerging technologies.

Prior to co-founding Talara, Mr. Heyman was a Managing Director at MLH Capital, a value-oriented hedge fund and family office, where he made investments in industrial, consumer, and technology businesses. Andrew began his career at Goldman Sachs where he managed assets across public and private markets.

Mr. Heyman earned a J.D. from Harvard Law School and a B.S. in Industrial and Labor Relations from Cornell University. 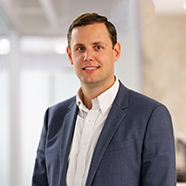 Mr. Mason is a Director at Talara and serves on the firm’s investment committee. Taylor has 13 years of experience in the energy sector spanning private equity, M&A, capital markets, and operations. Taylor has focused primarily on Talara’s investments within upstream, midstream and energy transition, including emerging technologies which support those verticals.

Prior to Talara, Taylor was a Director in the finance group at Oasis Petroleum, where he worked across business development and planning, capital markets, and investor relations. Previously, Mr. Mason was an investment banker at Morgan Stanley in their Global Energy Group.  He focused on upstream M&A and capital markets transactions, including the initial public offering of Oasis Petroleum. Taylor began his career in the Leveraged and Structured Finance Group at BNP Paribas in London. 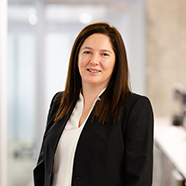 Ms. O’Shea is Talara’s Chief Financial Officer and Chief Compliance Officer. Sharon has over 25 years of operational experience managing all aspects of fund formation, accounting and administration as well as all regulatory and compliance matters. She is also a member of Talara’s investment committee.

Ms. O’Shea holds a BBS degree in Accounting and Finance from the University of Limerick in Ireland and is a member of GARP and the FWA.